We are seeking a competent spray painter to join our busy shop. Work is 99% Insurance based repairs on late model passenger vehicles and light commercials.

If you are a capable painter with a good work ethic and enjoy working in a team environment, give Brad a call 0272 956 100.

WANTED!!!!! We require a qualified and motivated panel beater to join our team at the panel shop. The successful applicant will be young, keen and looking to expand their skill set to include digital assessment and quoting and management in order to to take on the day to day running of our company. If you think you are the person for this exciting role, give Marney or myself a call at the office initially – (03) 544 8845. 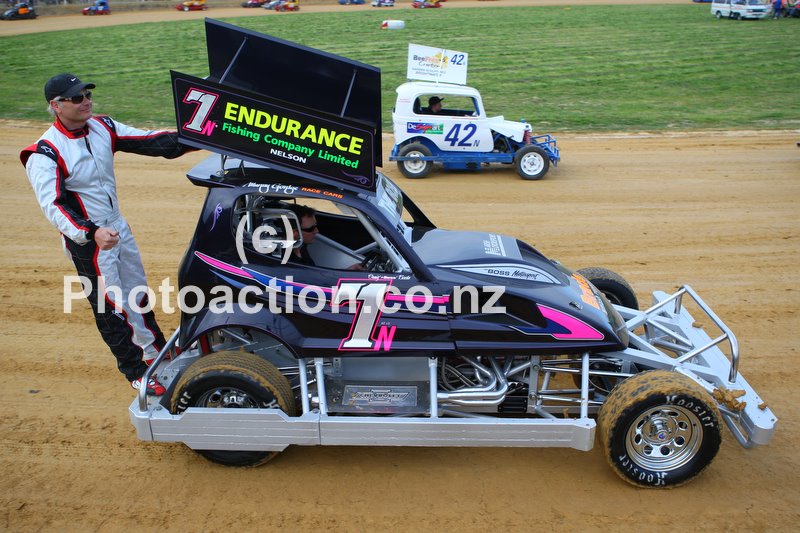 Four months ago I started a project with a difference. Having been away from motorsport involvement for almost 10 years, (since returning from Australia), I had a meeting with local businessman and 3x new Zealand Superstock champion Craig Boote, to discuss building a bonnet for his new car for the 2011-2012 season.

Since then the project has evolved to include a one-off body, bonnet and carbon fibre induction system to feed the monster Tony Marsh built engine. The brief included building the patterns, moulds, race parts and panels as well as paint, so that we could quickly reproduce replacement parts as and when this high contact motorsport dictated.

Saturday 29th October marked the opening night of the Nelson Speedway season and the 1st outing for “The Boss” having only been completed hours before the meeting and without a single trial.

Craig drove the car to a 4th and 1st place against the current New Zealand #1 Dale Ewers before crashing out in race 3 during and early passing incident.
The future looks bright for “The Boss” and I am looking forward again to supporting a Champion this year.

All the best “Boss Motorsport”. 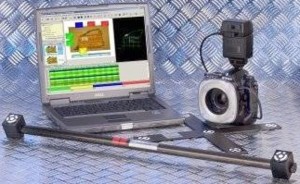 Today we have confirmed an order for the latest technology in 3D electronic vehicle measuring equipment.
This is a 1st for this level of technology in the Nelson region and in fact in NZ.
While we allready have the Satellite 3D measuring system which we will still use, we also now will be able to use this new measuring system to quickly measure any vehicle without mounting it up on our chassis machine, jacking it up or even stripping it. The cordless hand-held unit sends data back to its computor as we check specified points and it prints out a report/data sheet, which can be supplied to the customer or their insurer as well as for our own records.
This new tool will also allow us to quickly and simply assess a vehicles damage right away and in turn allow us to quote completely and accurately for repair costs before starting the job.
We are really looking forward to this new equipment, (along with our new paint system), for the New Year and the huge advance in Collision Repair Technology at our finger tips.

The first pic’s of the engine bay on the first VK Group C car complete with our own design Carbon Fibre cold air tray.
The Group C road car is completed.